Stop by and visit one of our conveniently located Thrift Shops. Your purchases help us continue our work.
Menu

A brand’s tag and label speak volumes to the clothing’s style and production history. Vintage clothing is technically a piece that is 20 years or older. Unfortunately, they are never easy to identify. When shopping in thrift stores, you do not want to toss a dress into your cart for purchase without ever knowing its true value and identity.

Here are some tips on what to look for in vintage clothing labels.

Underneath the brand tag, look for a “union” label. They are normally square and about 1.5 by 1.5 inches in size. Check for a union name like “The Ladies Garment Workers Union” or “LGWU.”

This is proof that the item was made and supported by a union that existed in the US before the success of overseas clothing production in the early 1980’s.

2. One Size Fits All

Most vintage clothing tags proudly state “one size fits all.” This was a fad in the 80’s. It was an era of oversized tees, shirts, pants, dresses, bold belts, leg warmers, and big hairs. Everything was big, hence the tag “fit all.”

Vintage clothing labels often have an additional tag that provides a “lot” or “style” number.

Manufacturers before the introduction of computers like to keep track of their clothing production by appending a numerical value to every item produced, all for proper sorting and distribution. The “lot” number is often used for mass production.

A vintage dress assigned with a lot number 10 means that it was part of the tenth batch of that same item produced in a specific factory.

The style number, on the other hand, refers to that piece’s exact design. It was a way for brands to document the different styles of fashion they were producing.

Believe it or not, this was a trend in the 80’s. When you find a vintage piece in thrift stores with this kind of tag, you have most likely scored a deadstock item.

While this is still being practiced today, most garments are now made in Asian countries.

In the 80’s, purchasing your season’s styles from a brand that was made and designed in a major urban city was something to speak of. Women wanted their clothing to be associated with a geographic location because there was exclusivity.

Styles and clothing from Paris stay in Paris. The same is true in New York and other major cities. They were not duplicated and mass-produced for a global fashion economy.

This one requires a more critical eye! How can you differentiate the typography today versus yesterday?

Vintage clothing labels were designed reflecting the style of the era. Popular brands include Maxima and Another Thyme. The “X” in Maxima is accentuated, while the letters “A” and “T” in Another Thyme are slightly bigger.

Also, the fonts are not a simple script. Most have stylish font designs instead of the standard Times New Roman.

With practice, you should be able to master this technique! While thrifting in vintage clothing stores, give every label a second look to hone your vintage shopping skills!

7. Made in Countries That No Longer Exist

Clothing labels that state items were made in a country that no longer exits, such as Hong Kong British Colony or Yugoslavia, are legit vintage!

Yugoslavia was part of Russia, which disappeared in the early 90’s. It was renamed “The Federal Republic of Yugoslavia,” which includes Montenegro and Serbia. In 2003, the words “Federal Republic” were completely removed. They are now known as Serbia and Montenegro. Therefore, if on your trip to thrift stores you see a label that says “Yugoslavia,” it was more than likely made in 1992 or before.

Even if you are not an expert, these tips should help you spot vintage clothing in thrift stores. Check out the Haven House branches in Panama, Santa Rosa, and Destin FL. We also have one in Lebanon, TN. Keep an eye open for union tags and New York, London, or Paris labels!

“The teaching of the wise is a Fountain of Life, turning a person from the snares of death.” Proverbs 13:14 NIV

8 Thrifting Hacks You Must Learn Before Thrift Shopping

How To Recognize Vintage Labels in Thrift Stores 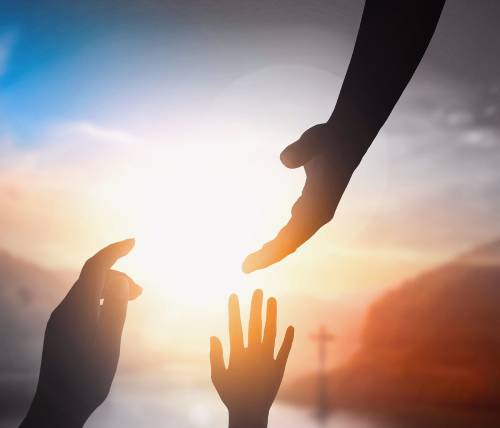 GET THE HELP YOU NEED TO RECOVER

*We are open Monday to Saturday and closed on Sundays at all locations.